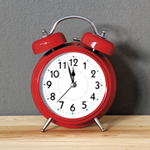 IN HEBREWS 11:1, we see what Bible faith is: "Now faith is the substance of things hoped for, the evidence of things not seen."

Faith is grasping the unrealities of hope and bringing them into reality.

For example, you hope for finances to meet the obligations that you have to pay. Faith gives the assurance that you will have the money when you need it. "Faith is the evidence of things not seen." You hope for physical strength to do the work that you must do. Faith says, "The Lord is the strength of my life; of whom shall I be afraid" (Ps. 27:1). Faith will say about itself everything that the Word says, for faith in God is simply faith in His Word.

In being raised from the bed of sickness many years ago, I learned what faith is. After getting healed, I needed work. Since it was during the Depression, work was not easy to find. However, I was able to get a job in a nursey helping to pull up peach trees. With another boy on the other side of the tree, we would pull up two-year-old trees to fill orders that had come in. I want you to know that was work—especially for someone who had been recently bedfast for 16 months. I had only been out of bed for a few months.

Each morning before sunup, we would meet. Every day some of the boys would say, "Well, I didn't think you'd make it today. You know, two or three quit yesterday."

Now I didn't believe in going around trying to push something off on someone, but I did believe in witnessing for God. And when they would say these things, it would give me the opportunity to witness.

It would make some of the boys angry when I would say that. But I would smile and say, "Praise the Lord, I'll be here tomorrow and every other day, because the Lord is my strength."

Now, if I had gone by my feelings I would never have gotten out of bed! I was never so weak in my life. I felt as if I couldn't do it. But I stayed with it. I acted on the Word because I knew what faith was.

I would say to the Father, to Jesus, to the Holy Spirit, to the devil, to myself, and to the other boys if they asked me, "The Lord is my strength." But I never actually got any help until I started to work.

When we began to work each morning I wouldn't have any strength, but when we started on the first tree (or sometimes the second) I would feel something hit me in the top of my head. It would go through my body, out the ends of my fingers, and out the ends of my toes. Then I would work all day long like a Trojan.

One 250-pound fellow said, "I'll tell you, when this old 250 pounder is gone, there won't be a man left in the field." I said, "Why, Alton, God weighs more than 250 pounds. When you fall out and quit, I'll still be here." That riled him, but at 3 o'clock that afternoon he fell out, and I was the only man left. In the natural I was the weakest and the skinniest, but I was the only man left of the original crew. I had proved God's Word.

You may say that you know God's Word is good, but you never will really know until you have acted on it and have reaped the results.

A lot of people just hope—and stop there. And that won't work. Faith is the substance of things hoped for. If you say, "Well, I hope God heard my prayer," and that's all you do, He didn't, and there won't be any answer. But your faith can and will give substance to the answer to that prayer.

Remember this: Hope says, "I will have it sometime." Faith says, "I have it now."

Many people fail because they see themselves fail. Begin to see yourself with the answer. Picture yourself with what you are believing God for. If you're sick, see yourself well. If you need finances, see God meeting your needs. See yourself doing what the Word says you can do. As you are standing in faith, keep the Word constantly before your eyes and in the midst of your heart (Prov. 4:21). As you do, the Lord will make good on His promises.