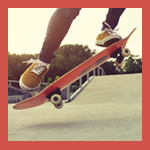 I SEE PEOPLE all the time—young people especially—who have so much potential. Yet they're struggling. They've made choices they shouldn't have made and are in places they shouldn't be in. They've put themselves in their own little pigpen—not-so-pretty or messy situations.

Sadly, they won't come to themselves. They won't listen to wise counsel. They aren't following my number one rule: "Don't be stupid." I say that to be funny, but it's true. Why be stupid? Why stay in bondage in a pigpen

when we can live in so much more?

It's because you've developed a mud-pit mentality. You're not thinking right. It's time to get out of your stupid place, get up, and move forward. In other words, get out of your own mind and get the mind of Christ. Philippians 2:5 says, "Let this mind be in you, which was also in Christ Jesus." What does that mean? It means you need to get in the Word and begin to think like Jesus. You have to let Him dominate you. Why? Because in Him, you have a lot of benefits you don't have on your own.

The benefits we have in Christ won't do us any good if we don't know about them or use them. Let me give you an example of what I mean. I was looking through my desk at work one day and found a gift card to a gas station. It had been there for awhile. I guessed that it probably had $25 on it. But when I checked, there was $100 on the card. I could have used it multiple times to buy fuel, but it was just sitting in my desk drawer.

As believers, we're the same way a lot of times. We don't realize how much God wants to bless us. We don't realize there are benefits we have in Christ that are just sitting on the table unused. My grandfather Kenneth E. Hagin always said that the number one reason people don't get their needs met is that they don't know the Word. When we're facing trials—when we're depressed and going through bad stuff—we have to know what the Word says. We have to know that Jesus is the answer and that we have amazing benefits in Him.

What are these benefits? Let me list a few.

These are the benefits we have because Christ came, died, and rose again. Yet most of us just sit around and have pity parties for ourselves. We stay in the pigpen or in messy places because we're afraid to face certain situations or stand up to them.

There's no reason to be afraid. Isaiah 54:17 (NKJV) says, "No weapon formed against you shall prosper." This verse doesn't say we'll never have a weapon in our face. But it does say that weapon can't prosper when we know who we are in Christ.

And it's not about us anyway. It's about Christ on the inside. He died to take care of all our issues. And He's greater on the inside of us than anything in the world (1 John 4:4). Acts 17:28 says, "In Him we live, and move, and have our being."

Really, we have it easy. We just have to remember what's been provided.

You Can Be Free

The truth is, it's not about anything but a relationship with the living God. It's about knowing that if God is for you, no one can be against you (Rom. 8:31). It's about knowing that being in Christ makes you different from those who aren't. It's not about rules! Jesus didn't come to deliver rules. He came to deliver love, compassion, mercy, and freedom.

Second Corinthians 3:17 (NKJV) says, "Now the Lord is the Spirit; and where the Spirit of the lord is, there is liberty." The New Living Translation says, "there is freedom."

Galatians 5:1 (NKJV) tells us, "Stand fast therefore in the liberty [or the freedom] by which Christ has made us free, and do not be entangled again with a yoke of bondage." This means that even when we open the door for Jesus to live in our hearts (Rev. 3:20), we still may not always do things right. We could still be in bondage. Why? Because we've also got to lean to the inside. We've got to listen to the Lord so we can truly live. We must choose to think like Christ. We must get in the Word and renew our minds—every day.

We can live victoriously when we do this. We have God's life-changing ability inside of us! And because Jesus died on the cross and took the stripes on His back—because He lives—we don't have to be afraid. When we get knocked down, we can jump back up in His Name!

Let me encourage you to get up. Don't get stuck having a pity party. Start to declare who you are in Christ, rise up from the mud or that messy situation, and live the life God wants you to have! You are more than a conqueror.

Confessions to Live By

God made me alive with Christ (Eph. 2:5). Jesus took my punishment—what I deserved—and gave me His love, joy, health, and peace.

I am more than a conqueror through Christ Jesus (Rom. 8:37). No situation can keep me down. He gives me strength and ability.

What does it mean to have the mind of Christ?