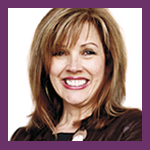 WE ARE INSTRUCTED in First Timothy 2:1–4 to pray, make supplications, and give thanks for kings and all who are in authority. Since we have been told to do so, it would be reasonable to say we have also been authorized and commissioned by God to pray these prayers. So what do we pray for? What do we ask for on behalf of these kings and all in authority?

Proverbs 8:15 gives us a clue as to what is necessary for kings and all in authority to rule and govern rightly:

15 BY ME [wisdom] KINGS REIGN, and princes decree justice.
16 By me princes rule, and nobles, even all the judges of the earth.

Solomon was a king known for his wisdom. He was his father David's choice from among all his sons to succeed him on the throne. Most importantly, he was God's choice.

Solomon had a dream in which God appeared to him and told him to ask for anything he wanted. Of all the things Solomon could have asked of Almighty God, he chose wisdom to rule and judge correctly. He recognized that even though he was God's choice as king, he still needed God's wisdom to rule worthily. God was pleased with Solomon's request and granted him unparalleled wisdom. So pleased was God with this amazing request that He even gave Solomon the things he didn't ask for.

THE FIRST DEMONSTRATION OF GOD'S GIFT OF SUPREME WISDOM WAS IN DIRECT ANSWER TO SOLOMON'S PRAYER TO BE JUDICIALLY WISE. This wisdom caused Israel to be in awe of him. They recognized God's wisdom in him to do justice (1 Kings 3:16–28).

Solomon knew clearly that in order to rule his kingdom justly, he needed divine wisdom. THIS IS TRUE FOR THE KING OF ANY NATION, AND FOR ALL OTHERS IN POSITIONS OF AUTHORITY. The Bible speaks of two sources of wisdom. We know there is wisdom from God—or from above. But there is also wisdom from the earth, or from below (Isa. 29:14; 1 Cor. 2:5; James 3:14–16).

Where did earthly wisdom come from? In Ezekiel chapter 28, Ezekiel is talking to the King of Tyre, who is referred to as a created being, not as a man. Many theologians say this passage refers to Lucifer, and I agree with their interpretation.

When God created Lucifer, He made him perfect in wisdom. Lucifer didn't lose his wisdom when he grew lifted up with pride and fell. The perfect wisdom he was created with became corrupted. The wisdom which comes from below is this corrupted wisdom from Lucifer, or Satan, himself. It is with corrupt wisdom that he has built his house and rules the kingdom of darkness—a perversion of Proverbs 24:3.

Clearly, there are two kinds of wisdom from opposite sources. One comes from below and is corrupt; the other comes from above, from God, and is perfect.
It's important for us to pray and ask God for wisdom for kings and all those in authority. If we do not, then by default, the wisdom of this world will reign. However, our prayers can change that.

PUT IT INTO PRACTICE

Write to one of your government officials and say that you are praying for him or her!