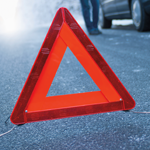 Have you ever gotten something in the mail that read, "You have been chosen to be a part of this club"? I get those invitations all the time. I might look at them to see if there are benefits. But most of the time, there's nothing much to them.

Today, I would like to invite you to join a club. This is a club we all need to join. I've been a member for many years. It's called The Until Club. Its motto is "I cannot be defeated, and I will not quit." This club has been around a long time. David wrote about it in Psalm 57.

PSALM 57:1–2 (NKJV)
1 Be merciful to me, O God, be merciful to me!
For my soul trusts in You;
And in the shadow of Your wings I will make my refuge,
Until these calamities have passed by.
2 I will cry out to God Most High,
To God who performs all things for me.

The psalmist David is showing us here that God will have mercy upon us when we call on Him. He is saying that God is bigger than our mistakes, troubles, and circumstances. He is our refuge, even when we are not perfect!

God will perform everything He has promised us in His Word, but it doesn't always happen immediately. A period of time may go by until the calamities have passed. But if we will stay in the until mode, we will see God's promises come to pass.

Rest in the Promises of God
Our flesh doesn't like to wait. Whatever it is, we want to have it right now. How can we tell whether we're following after the flesh or after the Spirit? The flesh is always in a hurry. If we're in a hurry, we're not in faith. But if we have the until attitude—
believing God and trusting Him until His promises come to pass in our lives—we're in faith.

The amount of time it takes for God's promises to come to pass can vary. God promised Abraham that he would have a son and become the father of many nations (Gen. 17:5). And it took 17 to 25 years, depending on which report you go by, for that promise to come to pass. But Abraham never backed down. Every time he said his name, he was declaring, "I am the father of many," even though he didn't have any children. He was in the until mode. He was a member of the until club.

At the other extreme, we see an incident in the life of Peter. He let Jesus teach from his boat because the crowd on the shore of the Sea of Galilee was so large. (See Luke 5:1–11.) When Jesus had finished teaching, He said to Peter, "Launch out into the deep and let down your nets for a catch" (Luke 5:4 NKJV). When Peter did this, he caught so many fish that he had to call his friends to help, and the catch almost sank two boats.

Now, Peter's until happened right then! For us today, our answer could come now, or it could be a while before we receive it. We have to believe God until it happens.

A lot of people think God is moved by our needs, emotions, or tears. But He's not. Faith moves God to perform His Word.

My Own Until Experience
When I was 16 years old, I traveled all over California with my sister, my mom, and my dad, Kenneth E. Hagin, as he preached the Word. We lived in a travel trailer. Once we pulled into a town where Dad was going to preach for several days in a church. We had enough food for one meal, and we ate that Saturday night. Sunday after church the pastor took us out for dinner, and after that, we had no more food.

My dad said, "Don't tell anybody. God will provide. Until then, we're just going to keep believing what the Word says." He was in The Until Club.

Monday came and went, and we didn't eat. Tuesday went by, and we didn't eat. He told us, "I don't want anybody to act hungry or tell anybody." Wednesday morning he left to teach at the church, and we stayed home studying our correspondence school lessons. When Dad came back, he lay down to rest as he always did. I was sitting in the living room when a pickup truck pulled up. The whole back end was loaded with grocery sacks. I jumped up, woke up Dad, and told him.

A man knocked on the door and said, "Brother Hagin, since Sunday the Lord's been dealing with me that you needed groceries, but I knew you didn't need any. Finally it got so bad today I couldn't stand it, so I just went and bought a whole pickup truck load of groceries. Here they are."

All Dad said was, "Well, praise the Lord, brother. Thank you that you listened to God." The man didn't know that we didn't have any food. But I started carrying those groceries in. You never saw a kid carry groceries into a trailer so fast in all of your life!

Sometimes God has to line some circumstances up for certain things to take place. But the key is to stay in the until mode. We must decide to believe God's promises until they become a reality.

Keep speaking the promises of God until you see them come to pass. Don't quit believing. Don't allow yourself to speak words of defeat. Keep believing until you receive! Cancel your membership in the quitter's club, and join The Until Club!

Confess the following about yourself. Get it down into your spirit. It will help you remain steadfast as you believe the
promises of God.

I will not cast away my confidence, for it has a great reward (Heb. 10:35). I will keep believing the promises of God until they become a reality in my life. No matter what obstacle comes my way, I cannot be defeated, and I will not quit until every promise in God's Word comes to pass!