Our redemption in Christ is twofold. Jesus not only died for our sins on the Cross of Calvary, His blood was also shed so you and I might live free from sickness and disease.

Isaiah chapter 53 holds the key to both our spiritual and physical redemption.

ISAIAH 53:4–5
4 Surely he hath borne our griefs, and carried our sorrows: yet we did esteem him stricken, smitten of God, and afflicted.
5 But he was wounded for our transgressions, he was bruised for our iniquities: the chastisement of our peace was upon him; and with his stripes we are healed.

In the Hebrew language, the fourth verse reads, “Surely he hath borne our sicknesses, and carried our pains . . . .” In verse 10 of Isaiah 53, the King James Version reads, “Yet it pleased the Lord to bruise him; he hath put him to GRIEF   . . . .” The word grief comes from the Hebrew word for “sick.” In the Hebrew, this verse literally says, “He has made Him sick.” 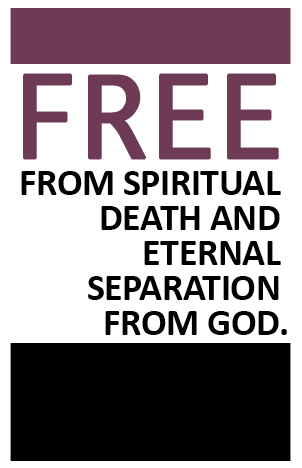 The purpose of Jesus bearing our sins was so we might be free from spiritual death and eternal separation from God. The purpose of His bearing sickness and disease was so we might be free from infirmities. If you believe that God laid your iniquities on Jesus for your salvation, then you should also be able to believe that God laid sickness and disease on Him so you could be healed.

Satan is the author of sickness, not God, but he lies to people and makes them think that has God put sickness on them. Or he tries to make them think that God is using sickness to teach them something. I’d just as soon hear a donkey bray at midnight in a tin barn than to hear people talk this way! God does not need the devil to teach you anything!

This type of thinking makes me angry. You see, thinking like this almost cost me my life. When I was on the bed of sickness as a 15 and a 16-year-old Baptist boy, this is what people told me. I didn’t learn anything. Instead, I became bitter and almost turned against God.

Later, after I was healed and went into the ministry, I learned that if I spent time teaching people about the “double cure”—that Jesus not only died for the remission of our sins but also for the healing of our bodies—I could change their wrong thinking. And when people saw that it was God’s will for them to be healed, it was easy for them to receive what was rightfully theirs.

Let’s discuss why people sometimes lose their healing after they’ve received it. I’ve had people say to me that they felt perfectly well for a period of time after I laid hands on them. Then, all the symptoms came back, and they were worse than they before.

This is a simple problem to address. The reason people lose their healing is because they were healed through another’s faith. Sometimes folks receive healing through a special manifestation of the Holy Spirit, such as through a word of knowledge or the gifts of healing, for example. But when they get back home, they’re on their own; they’re operating on their own faith.

When I began to question certain people who lost their healing, I found out that as soon as the symptoms started coming back on them, they said, “Well, I thought I was healed, but I guess I’m not anymore.”

Because they didn’t know how to resist the devil, they took all of their symptoms back. At the first sign of a symptom, they wavered in faith and believed the symptom over the truth of God’s Word. Then they probably said something, such as, “Well, I thought I was healed, but I guess I wasn’t.”

You see, you have to stand your ground against the devil. At the first sign that a symptom is trying to come back on you, tell the devil, “No, you’re not putting that back on me. I’m healed.” Then quote First Peter 2:24, Matthew 8:17, and Isaiah 53:4–5. Remind the devil of what the Word says.

Unfortunately, instead of rising up and meeting the devil with the Word of God and commanding his power to be broken, many people yield to him. Why? Because they don’t have a foundation of God’s Word in their lives.

They’re depending on others to carry them with their faith and prayers, and that will only work temporarily. To receive permanently, you must use your own faith.

When you know the power and authority of the Name of Jesus and that you have a biblical right to that Name, the devil won’t have any power over you. Then when symptoms try to come back on you, you won’t be filled with fear. You’ll just simply laugh at the devil and say, “Satan, Jesus whipped you more than two thousand years ago. Now leave my body!” And he’ll have to leave.

You can’t maintain your healing if it has come as a result of another person’s faith or through the gifts of the Spirit, unless your faith is developed in the Word of God. But beating the devil is as simple as standing your ground and resisting him. He doesn’t have any choice but to flee (James 4:7)!

Build Strong Faith Through the Word

Faith begins where the will of God is known. Rest assured that God wants you well. Healing promises are found throughout the Old and New Testaments. Following are a few scriptures to build your faith where healing is concerned.

Luke 10:19 (KJV)    “Behold, I give unto you power to tread on serpents and scorpions, and over all the power of the enemy: and nothing shall by any means hurt you.” 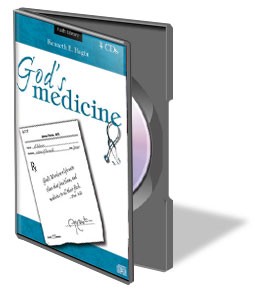