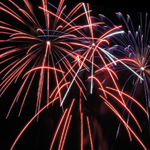 "The Lord will guide you always; he will satisfy your needs in a sun-scorched land and will strengthen your frame. You will be Like a well-watered garden, like a spring whose waters never fail." -Isaiah 58:11 (NIV)

IN OUR SOCIETY TODAY, trust is a word that has taken a back seat. When I was a teenager, my parents would tell me stories of never having to sign contracts. A handshake was a sufficient contract in their day. If you were negotiating the sale of something, the two parties would shake hands and consider it a done deal.

What a shame that we have strayed so far from the principles of godly character, ethics, and treating others fairly. In business deals these days, it is very important to listen to the Holy Ghost. Otherwise you may be taken advantage of. Your decision to purchase something could end up costing you financially instead of blessing you.

As I was teaching recently in one of our Living Faith Crusades, the Lord reminded me of something He had told me many years ago. At the time I was laboring over making the right decision in a situation. He said, "Pray that everything that lies in secret shall be revealed." I had never thought of praying like that. Then He brought me to two scriptures to use in those prayers. The first is Daniel 2:22 (NLT): "He reveals deep and mysterious things and knows what lies hidden in darkness, though he is surrounded by light." The second is Luke 8:17 (NLT): "For all that is secret will eventually be brought into the open, and everything that is concealed will be brought to light and made known to all."

I began praying that way in every situation I encountered. He also told me to tell those contemplating marriage to pray that way concerning their intended partner. Several years ago one of our church members who had attended since he was a young child told me he was seriously dating a woman and thinking about marrying her. I said to him, "You've waited a long time to get married. Make sure that you are choosing the right one." Then I told him to pray that everything hidden in that person would be revealed—that any hidden agendas would come to light.

Several months later, I asked him about that relationship. "I broke up with her," he replied. I said, "Wow! What happened?" He said, "As soon as I began praying that prayer, so many things began to be revealed that I wasn't aware of. I realized I had made a mistake in pursuing that relationship."

Praise God for the Holy Ghost! He will show us things to come if we will just be sensitive to His voice. Many times the voice of the Holy Spirit is very soft. You must give Him your full attention in order to hear His instructions.

After I shared that revelation with those attending the Living Faith Crusade, many in the congregation began praying that prayer. The next morning I received a wonderful testimony. One couple was about to sign what they thought would be a lucrative real estate contract. After hearing my exhortation, they prayed concerning the contract that everything hidden would be revealed.

Suddenly in the negotiations, very alarming things began to be revealed about the property. Further investigation showed that $33,000 in repairs would be needed before the property was sellable. Of course, they didn't sign the contract and the Lord kept them from losing that $33,000. However, that same day they closed another deal that netted them $22,000. Isn't that just like the Lord? He gives us exceeding abundantly, above all we can ask or think.

We may have very few people in this world who we can trust. However, I am so thankful that there is someone Who we can put our trust in—our Heavenly Father. In Proverbs 3:5–8 (Message) He commanded us, "Trust God from the bottom of your heart; don't try to figure out everything on your own. Listen for God's voice in everything you do, everywhere you go; he's the one who will keep you on track. Don't assume that you know it all. Run to God! Run from evil! Your body will glow with health, your very bones will vibrate with life!"

Have you ever cried out, "God, why did You let me get into this situation?" It wasn't God Who did that; it was you trying to take things into your own hands rather than looking to Him for direction. God will always lead you down the right path and guide you into right decisions if you will make Him the center of your decision-making process.

Trust God. He will turn everything around for your good when you let Him have the steering wheel of your life.