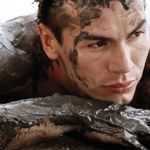 "There comes a time when we have to let go of the issues that frustrate us."

Many of us are familiar with the parable of the prodigal son. It's recorded for us in Luke 15:11–32. Usually people read this passage of Scripture and think it's about a backslidden person who rededicates his life to the Lord. While that is true, there is a lot more to the story.

Have you ever thought about what it takes to become a prodigal son? I don't believe this young man woke up one morning and on a whim decided to take his inheritance and leave the country. I believe there was a process that led up to him leaving his father's household. That process started with one word. It's the same word that causes many of us to set in motion a string of bad decisions. And those decisions ultimately take us places we don't want to go. The word is frustration.

There are two brothers in this parable. To make this story less confusing, let's give them names. We'll call the older brother John and the young prodigal, Steve.

There probably was a rivalry between the two brothers. Maybe little Stevie felt as though he could never live up to his older brother's reputation. People said to him, "You're not like John. He was always a better student and a much better athlete." Over a period of time, Steve began to believe that he could never be like John. I believe he was jealous of his brother.

The Path of Frustration

When people are frustrated, they rarely seek wise counsel. But the truth is, they really don't want good advice. They're looking for people who will tell them what they want to hear. They find someone else who is frustrated with the person they're frustrated with—in this case, John. Steve and his "advisor" talked about everything John ever did to them.
It was probably Steve's friend who told him to ask for his part of the family inheritance and leave town. Between the two of them, they worked out a scenario of how great everything would be once Steve got away from John and out from under his father's jurisdiction.

Frustration causes us to think about change. However, being frustrated with something or someone does not mean it's time to leave. It's an indication that we have a personal issue we need to get rid of. Now, if God is leading us to do something different, we should follow His leading. But we should never initiate change out of frustration.

What people don't realize is, if they don't deal with what's bothering them, their frustration will only grow. For instance, if they don't straighten out the issue, later on they'll become frustrated with their friends, family, and co-workers. Anytime we're frustrated, it's not the other person's issue. It's our issue. And our frustration doesn't mean that other people need to make a paradigm shift to coddle us.

When Steve left town, he thought his life would be better. I don't believe he planned on living a prodigal lifestyle. I think he just wanted to make a name for himself. But once he was away from his family, he was surrounded by new influences that caused his lifestyle to change. And he began making wrong decisions. The choices he made led him down one wrong road after another, until one day he ended up in a pigpen.

When people end up in the pigpen, they often blame somebody else for getting them there. They don't realize that their frustration was the start of their downward spiral.

We have to look honestly at our hearts. Have we allowed bitterness and strife to creep in? Are we allowing issues to boil and fester? If so, we have to deal with those things. If we don't, then before you know it, we'll become like the prodigal son. We'll walk out the door and down the same path he did. There comes a time when we have to let go of the issues that frustrate us.

We see in Luke 15:17 that the young prodigal "came to himself." Unfortunately, it takes some people a long time to come to themselves. Some Christians who were once on fire for God have been wallowing in the pigpen for a decade and still haven't come to themselves. They've allowed bitterness and resentment into their hearts, and it has changed their destiny.

If you're in a pigpen, it's time to come to yourself and get out. If a family member or friend is in the pigpen, they have to come out on their own. We can lead them, but we can't pull them out. Until they're ready to get out, they'll just get mad, because they don't see themselves as being in the pigpen.

Although John never ended up in the pigpen, he had some issues too. He wasn't happy to see his brother. John had an opportunity to learn a big lesson when Steve came home. And that was to love somebody despite his mistakes. We know from the parable that he didn't
do that.

The people who stay in the father's house can sin just as much as those in the pigpen. Outwardly they're doing all the right things. But inwardly they're harboring a lot of wrong
attitudes.

But it's really not about this sin or that sin. It's about getting our hearts to a place where, no matter what, God's love is poured out through us to those around us. When God's love is the motivation behind our actions, we will be full of compassion toward others. That love will help us not to become frustrated in our day-to-day lives. It will keep us out of the pigpen, and it will help us be merciful to people who are there.