Rev. Kenneth E. Hagin recalls when he received the anointing to teach and how he proved the gift was real.

Even though I wasn’t a teacher to begin with, I always had the greatest respect for the Word of God and was very studious. I spent hours studying and reading, digging things out for myself in my early years as a pastor, but I didn’t teach those things. I had no unction or leading to teach.

As pastor, I did teach a Sunday School class in the church, however. That was the custom in most Pentecostal churches. I never was so glad of anything in my life as I was when that class was over each Sunday morning. I’d lay that teacher’s quarterly down and think, Whew! Now I can relax for another week.

I so detested teaching that I wouldn’t look at the Sunday School quarterly for the whole week. Sometimes I didn’t pick it up to study it until just before the class started the next Sunday morning!

I could get by with that because I had developed a unique ability of being able to read something once and never forget it. I didn’t have that talent before I got born again. But afterwards I could read a chapter in my high school history book once and recite it word for word for the teacher. I could do that because I learned to walk in the life of God. Walking in the life of God will increase your mentality. 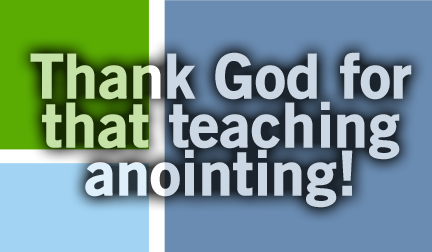 So I could read the teacher’s lesson once from the Sunday School quarterly and rattle it off. Then I’d say, “I’m glad that’s over! Now I can get back to preaching!” And I’d preach up a storm, going like an air hammer, waving my arms like a windmill. (I thought it wasn’t preaching unless you did that.) I was a preacher, and I loved it. I’d have rather preached than eaten.

But I remember one Thursday afternoon at three o’clock. (The year was 1943. I had been preaching since 1934.) I walked across the parsonage living room and into the kitchen for a drink of water. As I was coming back across the living room, right in the middle of the room, something just dropped down on me and inside me. It just clicked down on the inside of me like a coin drops inside a pay phone. I stood still. I knew what it was. It was a teaching gift. The anointing to teach had dropped inside of me.

When I received any gift from God, I proved it out first, and I would encourage you to do the same. Prove what you’ve got from God, and then you can talk about it. But if it’s never proven, proclaiming it won’t make it so. I never said a word about having the anointing to teach.

We had a little prayer group of seven or eight women who met Wednesday afternoons from 2:00 to 4:00 at the church. People turned in prayer requests and these women would pray over the requests and about the church and the services for a few hours. My wife always met with them, and I usually met with them.

I suggested to them that we have a Bible lesson for an hour before our prayer time, but I didn’t invite anyone extra to attend. It wasn’t an announced meeting.

I started teaching those seven or eight women, and the anointing would come on me. I hadn’t known you could stand in one spot and just teach the Word and get that strongly anointed to teach. I thought you were supposed to be hollering at the top of your voice, waving your arms like a windmill, and “spitting cotton”!

But as I just stood there with a handful, teaching them the Word, the anointing would come on me so strongly I couldn’t stand it. You talk about getting blessed! It was like getting hold of an electric current. That anointing and the Word flowed out to the women. They went home and told their husbands and others. Still, we never announced the Wednesday afternoon Bible study.

I proved the teaching gift. It worked. I started out by faith and kept going, and the building filled up.

I began to teach more and more until I taught half the time and preached the other half. Now I seldom get the anointing to preach anymore. Thank God for that teaching anointing! It’s a little different, but it’s still the same Spirit Who anoints you for whatever He calls you to do. 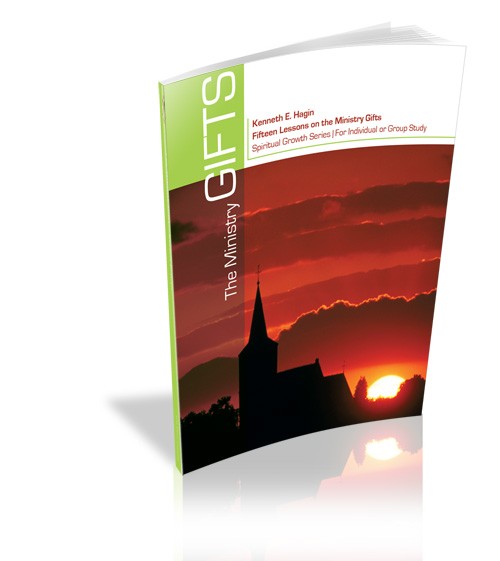