On August 8, 1934, Rev. Kenneth E. Hagin was healed by the power of God through faith and prayer after lying bedfast for 16 months. In this article, he shares the beginnings of his ministry and his introduction to the baptism of the Holy Spirit.

I soon began my ministry as a young Baptist preacher, and pastored a community church just eight miles from that courthouse square. The first year I pastored, I wore out four pairs of shoes walking to preach. I walked down dusty old roads to preach the Gospel, to tell how Jesus had saved and healed me.

I used to say, “I’ll preach from the Red River to the Gulf of Mexico, telling everywhere I go that Jesus saves, heals, and is coming again. And I’ll preach it from the Louisiana border to the New Mexico state line.” I thought at the time that covering Texas would be covering quite a bit of territory!

They also preached about being filled with the Holy Spirit and speaking in other tongues, something I didn’t quite understand or altogether agree with, but I tolerated it in order to have fellowship on the subject of divine healing.

The thing that bothered me the most, however, was when everyone would pray at once. I wasn’t accustomed to it and I started to say something a time or two to straighten these people out. Then I heard someone else tell them, “Don’t you know God isn’t hard of hearing?” 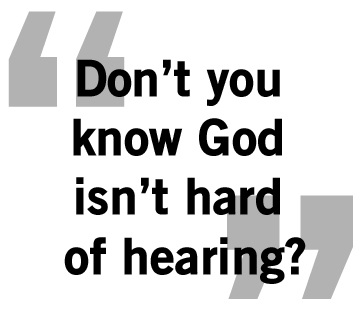 “He’s not nervous, either,” they replied.

When they invited believers to pray at the altar, I would go forward to pray with them, but I would stay as far away as I could, because their praying in unison bothered me. I would get off in a corner somewhere and pray quietly.

After a while it occurred to me that these people knew about divine healing and my denomination apparently didn’t; therefore, they might know more about the Holy Spirit than I did, too. I decided to read through the Acts of the Apostles to see how the Early Church prayed.

As I read, I couldn’t find one place where they called on Deacon Brown or Sister Jones to lead in prayer. I found to my utter amazement that in the Early Church everybody prayed at once. “And being let go, they went to their own company, and reported all that the chief priests and elders had said unto them. And when they heard that, they lifted up their voice to God WITH ONE ACCORD . . . .” (Acts 4:23–24).

The thing that cinched it with me was the 16th chapter of Acts, where I read that Paul and Silas were in jail at midnight. Their backs were bleeding. Their feet were in stocks. Yet at midnight they prayed and sang praises to God, “. . . and the prisoners heard them” (Acts 16:25). Until then I had believed in praying to God, but I believed in being quiet about it. But here I saw that Paul and Silas weren’t quiet, even in jail.

The next time I went to the Full Gospel service and they invited everyone to the altar to pray, I got right in the middle of them and lifted my voice just like they did. I felt a wonderful release and freedom in prayer. Jesus said, “And ye shall know the truth, and the truth shall make you free” (John 8:32). God’s Word is truth, and it will set you free. 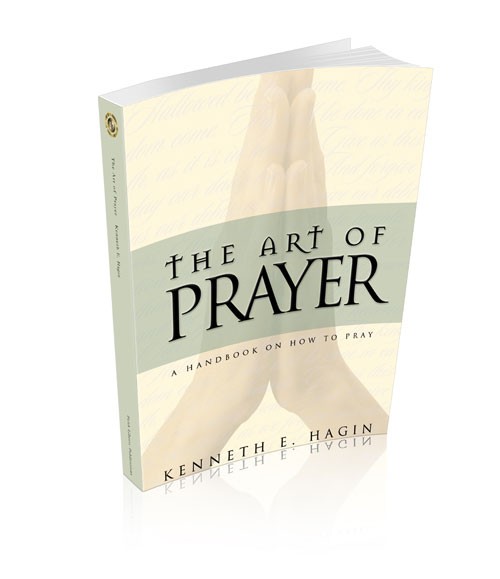 The Art of Prayer will serve as an invaluable handbook on prayer not only for individual believers, but also for prayer groups and churches!