Paul told Timothy to “stir up” the gift that was within him, saying, “Wherefore I put thee in remembrance that thou stir up the gift of God, which is in thee by the putting on of my hands” (2 Tim. 1:6). If you want to walk out God’s plan for your life, it’s time to stir up that gift within you!

In Ephesians chapter 4, we read about some of the “gifts” that God has given.

8  Wherefore he saith, When he ascended up on high, he led captivity captive, and gave gifts unto men. . . .

Now, there are certain pulpit ministries that God calls people to. Ephesians 4:11 tells us what those are: apostle, prophet, evangelist, pastor, and teacher. Thank God for these five ministry gifts! These are special ministry gifts that God set in the Church. Anyone who is called to full-time pulpit ministry is called in one of these areas. And a person can be called to stand in more than one office.

According to Acts 13:1, Acts 14:14, and other scriptures in the New Testament, we know that Barnabas and Paul were both “prophets” and “teachers.” In other words, they were gifted by the Holy Ghost to stand in both offices.

A person might not be faithful to the call of God on his or her life, but the call is still there, anyway. God doesn’t go back on the call. So let’s all obey God and answer the call!

When a person first gets saved, he may have such a desire to see other people saved that he starts to think, Maybe God called me to be an evangelist. That may or may not be the case. If it is the case, then obey the call. But if it isn’t, you can still help get people saved by being a minister of reconciliation.

I started preaching when I was 17. Wherever the door opened, I was there to fill it. Soon, in 1936, another minister and I held a revival meeting out in the country, and a number of people got saved. Because there was no church in that community, the people wanted to start a church.

There was an empty building that was offered to us free of charge. So we fixed it up, and I preached there on Sundays. They wanted me to pastor, but I said, “No, I’m not a pastor.” But I kept preaching there, traveling out there to hold Sunday services. Finally, when no other door was open to me, I said, “Well, okay, I’ll be the pastor.”

I started pastoring at 18 and pastored at different churches for nearly 12 years. The last church I pastored was the best church that I’d pastored (I’d pastored five churches in just under 12 years). That last church offered the best parsonage. My family was more comfortable and better cared for than we had ever been before. We had the best income we’d had in 10 years of marriage. The church was doing fine. People were getting saved, filled with the Spirit, and healed. There were more people in attendance than they’d ever had in the history of the church. I had every reason in the world to be content there. And yet I felt dissatisfied. It felt sort of like washing your feet with your socks on! It just didn’t feel right!

So in the winter of 1947–48, I began to spend some extra time in prayer. I asked God what was wrong with me. I kept praying, and, after several months, the Lord said to me, “The problem is that I never did call you to pastor to begin with. That’s not your calling. But I permitted you to do so.”

Someone may say, “Well, then, I guess you missed God all those years.”

Even though the Lord said to me, “I didn’t call you to pastor,” I had prayed before taking each and every church. And for every church except one, the Lord told me to take it. I missed God on the one church He didn’t tell me to take.

Someone may ask, “Well, if God called you to do one thing, why would He let you do something else?”

Because there’s always going to be a proving time. No matter what God has called you to do, He is going to prove you out before He promotes you. We have to be faithful, obedient, and patient in order to fulfill God’s call. God may temporarily lead you to do something. That doesn’t mean the gift is gone or that the calling has disappeared, because the gifts and callings of God are without repentance. In other words, God doesn’t change His mind!

According to First Corinthians 12:27, you and I are the Body of Christ and members in particular. Each member has a role to play in the Body. What is your role? What has God gifted and called you to do?

Whatever God has called you to do, He has also gifted you to do it. You may not have heeded God’s call on your life in the past, but that call is still there. The gifts and callings of God are without repentance! Make a decision today to stir up the gift within you and to fulfill the call of God.

Maybe God has called you to be in full-time ministry; maybe He has gifted you with business sense or artistic talent; perhaps you feel especially called to raise a family—whatever God’s gifts and callings, determine in your heart right now to be faithful and obedient in carrying out His plan for your life. 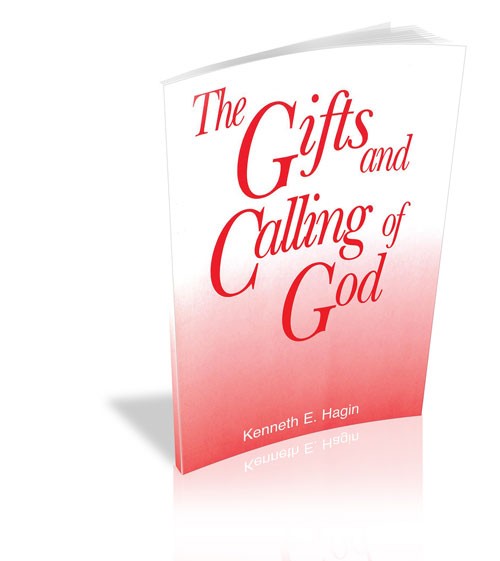 Gain a better understanding of the different gifts and callings, and the degrees of God's anointing.