We have the anointing or power of God. And with that power, we can take what God says in His Word, believe it, act on it, and receive it for ourselves.

And it came to pass, as Peter passed throughout all quarters, he came down also to the saints which dwelt at Lydda. And there he found a cer­tain man named Aeneas, which had kept his bed eight years, and was sick of the palsy. And Peter said unto him, Aeneas, Jesus Christ maketh thee whole: arise, and make thy bed. And he arose immediately. And all that dwelt at Lydda and Saron saw him, and turned to the Lord.

This portion of Scripture tells the story of a helpless paralytic named Aeneas, who was healed when Peter told him, “Aeneas, Jesus Christ cures you . . .” (Acts 9:34 Weymouth). As the story opens, we see a man named Peter who has been scurrying from town to town, vil­lage to village, synagogue to syn­agogue, and anywhere else he could find to preach.

Peter is telling people everywhere about Jesus Christ, the Man with whom he walked; the Man whom he saw die on the Cross for them; the Man whom he saw ascend from the Mount of Olives on a cloud of glory after telling His disciples, “…tarry ye in the city of Jerusalem, until ye be endued with power from on high” (Luke 24:49).

And now Peter has come to Lydda. Can’t you just see him as he finishes his first service and one of the brethren runs up to him and says, “Oh, Peter, we’ve got a sad case—a man by the name of Aeneas. He has been paralyzed for eight years. Will you go see him? He can’t make it out to the services”?

In my mind’s eye, I go down to Aeneas’ house with Peter. I see Peter approach Aeneas’ sickbed, and I see Aeneas look up sadly. 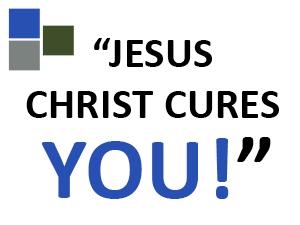 I can imagine him saying to Peter, “I’m glad you’ve come. I’ve tried all the doc­tors: I’ve done everything I know to do, and I’m still not any better. They say it’s incurable. Do you have any ideas?”

I see a smile break across Peter’s face, and I know immediately that his mind is racing back to a certain day just after the Holy Spirit had been poured out—a day recounted in the third chap­ter of Acts.

In his memory, I’m sure Peter is walking up once again to the Gate called Beautiful. A wretched beggar sits beside the gate. He stinks from the stench of all the animals around him and of dirt as people walking by kick dust on his hunched-over frame. There this lowly figure sits, shaking that little tin cup, rattling those coins in the bottom of it.

Peter witnessed that beggar leap and walk that day, healed by the power of God. And now, as he looks down at Aeneas, he says, “Aeneas, I can help you too!”

I’m sure Peter also told Aeneas, “Now, Aeneas, Jesus Christ is the Son of the Living God. And not only is He the Son of the Living God, He has com­missioned me to preach the Gospel, the Good News, of which I am a witness.” Then I’m sure Peter proceeded to tell Aeneas, “I was there when a group of us disciples were crossing the Sea of Galilee and the storm came. Jesus came up to us walking on the water! I said, ‘If that be You, Lord, bid me come.’ Then I crawled out of the boat, and I walked on the water! It wasn’t until I took my eyes off Jesus and started looking at circum­stances, Aeneas, that I began to sink. But He reached out and grabbed hold of me! And we walked back to the boat together” (Matt. 14:28–32).

“Aeneas, I was with Jesus when the ruler Jairus came requesting prayer for his daugh­ter. We were on our way to Jairus’ house when messengers came and told him, ‘Don’t bother the Master any longer; your daugh­ter is dead.’ I was there, and I saw it. Jesus turned to Jairus and said, ‘Only believe.’

“And, oh, Aeneas, I was there in Jairus’ house when Jesus took the damsel by the hand and raised her from the dead [Mark 5:35–43]!

“Let me tell you some­thing else about Jesus, Aeneas. We were walking down the road one day and saw a funeral procession in Nain. And Jesus went over and raised the young man who was dead back to life again [Luke 7:11–15]!

“And, Aeneas, let me tell you something else: Jesus Christ now cures you! Arise and walk!”

I’m sure that Aeneas’ faith was so high at that point that he leaped out of that bed. Jesus Christ, the One he believed in, had healed him too! And the Word of God says that all of Lydda and Saron saw his healing and turned to the Lord (Acts 9:35).

Notice that the miracle of Aeneas’ healing occurred after the Day of Pentecost. That puts his healing within this present dispensation of the Holy Spirit, for we are living in the same dispensation as the Early Church. Anyone who studies the Word in depth knows it’s true. As long as we’re liv­ing in the same dispensation, all of the spiritual and scriptural laws pertaining to that dispensa­tion are still in effect. Healing is still in effect for us today!

Realize the impact of the words Peter spoke to Aeneas: “Jesus Christ cures you!” Grasp in your spirit the magnitude of the power contained in those words.

The Word of God says, “…with his stripes we ARE healed” (Isa. 53:5). Since Jesus Christ has cured us by His stripes (1 Peter 2:24), we have a right to be well! Then why do some peo­ple remain sick? Why doesn’t everyone get healed? The answer can be found in Luke chapter 4.

We read here that Jesus Christ has been traveling throughout Galilee preaching and teaching, and healing all who were oppressed of the devil. The Bible says that He became well known throughout the region. Returning to His hometown of Nazareth, however, He encoun­tered only hostility and unbelief when He visited the synagogue.

Jesus began to read to them from the scroll of Isaiah: “The Spirit of the Lord is upon me, because he hath anointed me to preach the gospel to the poor; he hath sent me to heal the broken­hearted, to preach deliverance to the captives, and recovering of sight to the blind, to set at liberty them that are bruised, To preach the acceptable year of the Lord” (Luke 4:18–19).

Then Jesus closed the scroll and sat down. All eyes were fixed on Him. He said, “. . . This day is this scripture fulfilled in your ears” (v. 21).

What a celebration they could have had! Why didn’t they receive their healing? It is very simple: They refused to believe.

I want you to notice some­thing. Peter said to Aeneas, “Jesus Christ cures you. Arise!” and Aeneas arose because Aeneas believed.

And if we today will only believe what the Word of God says with­out pulling back from it, we will receive blessing after blessing. It is when we refuse to believe that we do not receive.

Therefore, it is up to you to believe and receive from God. In His death, burial, resurrection, and ascension and seating on High, Jesus Christ already has pur­chased everything you’ll ever need. We talk about Jesus’ blood being shed for the redemption of sin. Yes, it was, but that blood also was shed to obtain our healing. Jesus Christ has healed you. It’s now time for you to arise and receive.

We have the anointing or power of God. And with that power, we can take what God says in His Word, believe it,  act on it, and receive it for ourselves. That is why it is now up to you to receive whatever you want from God.

Based on God’s Word, I can confidently say to you—whoever you are, wherever you are, and whatever your situation: “Jesus Christ cures you! Arise and receive your healing—right now!” 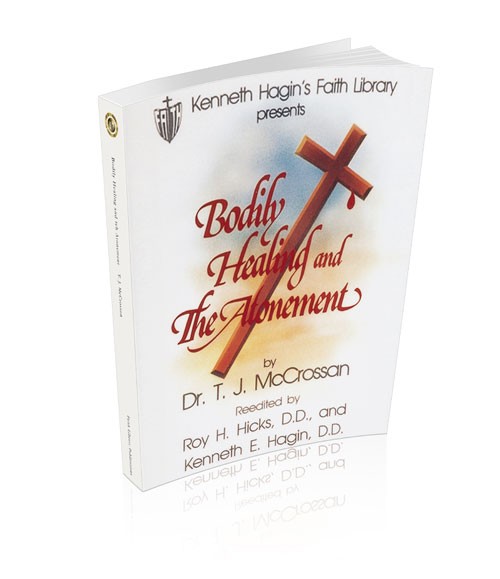