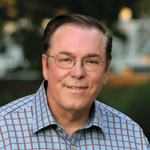 Have you ever noticed in the Word of God that some of the greatest victories came out of what looked like utter defeat? That's what God in His almighty power can do!

Of all the people mentioned in the Word, the greatest man of faith of all time Who snatched victory from defeat is Jesus Christ, the Son of God. Jesus was falsely accused and sentenced to death. He was alone and forsaken, rejected of men. As He hung on the cross at Calvary, He breathed His last and said, "It is finished!

When Jesus' body was taken down from that cross and put in a grave, it was a dark day. All hope seemed lost. The kingdom He had preached about establishing seemed impossible of fulfillment.

But on the third day, God snatched supreme victory from ultimate defeat! Jesus Christ arose and then ascended on High to sit and reign in glory at the Father's right hand.

There was no defeat for Jesus! And as long as we remain in Him, there is no real defeat for us either.

Oh, sometimes it might look like defeat. It might even smell like defeat! It might seem as if defeat is all around. You may be facing a situation right now that's so dark, it seems as if the enemy has ganged up on you. He may be trying to steal your joy and your triumph. But you don't have to let him get away with your victory. If you'll abide in God's Word and trust Him, He will take every test or trial that is in your life right now and turn it around. You can snatch victory from defeat!

I encourage you this glorious Easter season to walk in victory. This month's magazine will help you get started. Dad's article on page 18 gives us solid, scriptural instruction about the baptism in the Holy Spirit. And Craig's article on page 10 teaches us that we don't have to be afraid of any storm.

Have a happy, blessed Resurrection Day!