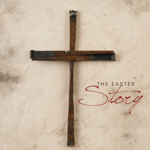 As we look down the long corridor of human history, we see many dark days. One of the darkest days recorded was the crucifixion of the Lord Jesus Christ. It may sound like a paradox, but this day was also a bright day.

It was a dark day for Mary, the mother of Jesus, and the disciples who walked closely with Him. The disciples had just eaten the Passover meal with Jesus, and now He was gone. Why didn't He use His power to get out of that situation? If He was dead, could everything He said be true? Could they have hope for the future if Jesus was in the grave?

On the other hand, His death on the cross redeemed mankind from sin and death. The darkness of His death brought the light of redemption for us today.

Have you ever tried to comprehend the feelings of the people who closely followed Jesus? They witnessed His arrest in the Garden of Gethsemane. They watched in horror as He was beaten and whipped with a cat-o'-nine-tails. They saw the crown of thorns placed upon His head and a purple robe thrown over His bleeding back. They heard the Roman soldiers mock His supposed kingship.

Jesus' followers watched in agony as He carried the cross
up the Via Dolorosa to Golgotha's hill. They watched as He willingly lay down on the cross, never uttering a word. They grimaced in pain as the long nails were driven through His hands and feet.

There Jesus hung, suspended between Heaven and earth. His visage was so marred that He was unrecognizable as a man. With that cross of two boards and three nails, God built a bridge over which mankind could pass from the degradation of sin to the glory of life in Christ Jesus.

With His last breath, Jesus uttered His final words, "It is finished" (v. 30). His head slumped to His chest in death. Can you imagine how Jesus' followers must have felt? Feelings of utter failure, hopelessness, and defeat must have engulfed them. They stood at a distance when Joseph of Arimathea and Nicodemus removed Jesus' body from the cross and laid it in a tomb. It probably felt like their very life was being pulled from their bodies.

When the Sabbath was over, Mary Magdalene rose early in the morning while it was still dark and went to the tomb. The stone had been rolled away and Jesus was gone! Where could His body be? She quickly ran to Peter and John. The two disciples ran to the tomb and found it just as Mary had said. Bewildered, they returned to where they were staying.

Mary remained at the tomb, sobbing, overwhelmed with grief. It was only a moment, however, before her tears of sorrow turned to tears of joy. Jesus was standing outside the tomb. He called her name. Now the life that had seemingly been sucked out of her at His death was suddenly ignited. She realized that He was alive! The tomb was empty because Jesus had risen from the dead! (See John 20:1–18.)

Jesus was with His followers for another 40 days. He explained to them the scriptures concerning His birth, death, and resurrection. Before He ascended into Heaven, He told them not to leave Jerusalem, but to wait for the gift His Father had promised. And He added, "You will receive power when the Holy Spirit comes on you" (Acts 1:8 NIV).

After Jesus spoke these words, He was caught up into Heaven and a cloud hid Him from their sight (v. 9). As they looked, suddenly two angels appeared to them and said, "Men of Galilee . . .
why do you stand here looking into the sky? This same Jesus, who has been taken from you into heaven, will come back in the same way you have seen him go into heaven" (v. 11 NIV).

We only have to look at world events to realize that Jesus' return is soon. Every Bible prophecy concerning that day is quickly being fulfilled. The Apostle Paul said:

1 Thessalonians 4:16–17
16 For the Lord himself shall descend from heaven with a shout, with the voice of the archangel, and with the trump of God: and the dead in Christ shall rise first:
17 Then we which are alive and remain shall be caught up together with them in the clouds, to meet the Lord in the air: and so shall we ever be with the Lord.

Jesus is alive and He is coming again. His return is fast approaching. Now, more than ever, we must be ready for that day.